**NOTE: I have not attempted the below “fix” as I thought it better if perhaps smarter people than I consider integrating a real fix into a Parrot OS update.

Some Bluetooth controller (for example, BCM4354 and BCM4356) are integrated to WiFi chipset (this can be BCM43XX 802.11ac Wireless Network Adapter or just simple generic Broadcom PCIE Wireless).

These devices requires two kinds of firmware - first for WiFi, and second for Bluetooth. Without WiFi firmware Bluetooth will not initialize and will not work properly]. Firmware for WiFi already included to kernel, but you may need to do additional work to [place correct NVRAM]

After exhaustive searches across the web, and numerous people here and in literally hundreds of Linux forums I have gone through…the Bluetooth issue(s) largely stems from a Linux driver bug (incomplete driver actually) and is prevalent in a wide range of Linux distros.

It seems that the “Family” of Broadcom chipsets is used throughout a large number of computers including Dell, HP, Lenova, and others.

This issue is caused due to missing Broadcom Bluetooth proprietary firmware image file:
Bluetooth: hci0: BCM: Patch brcm/BCM.hcd not found
This is apparently shipped in the Windows driver package and has to be manually extracted by the user since the license makes it problematic for Ubuntu redistribute the files.

I understand you may be able to locate and download the correct file that matches the device in the PC and rename it to:
/lib/firmware/brcm/BCM.hcd
From this github repository: GitHub - winterheart/broadcom-bt-firmware: Repository for various Broadcom Bluetooth firmware

Most of the Linux distros do not have drivers for wireless bcm43142 wireless adapter. If your system has amd64 architecture then the driver... 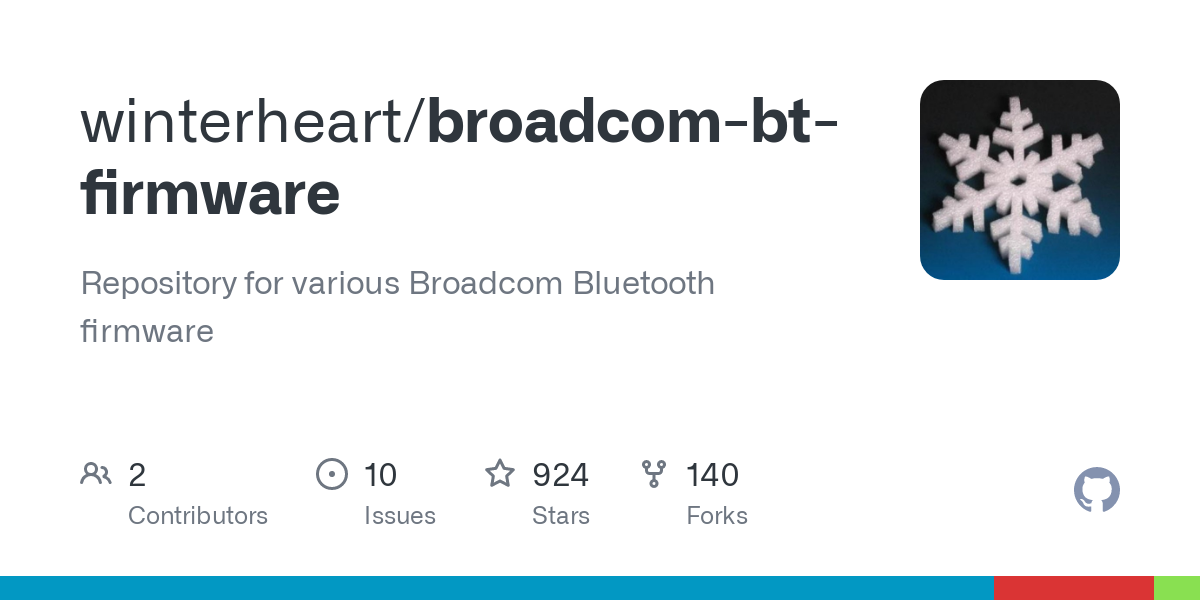 Yeah I’d avoid broadcom devices where possible they don’t have much support under linux. Maybe switch to intel mini pci-e device, I’ve never had any problems.

I agree, but the fact remains that there are a boat load of broadcom devices out there in a large number of different “name brand” computers, especially laptops and not all can be easily upgraded. The wlan portion of the Linux drivers work pretty well, the issue is they lack the Bluetooth drivers.

For the most part when the need arises, I use my Alfa AWUS036NHA for wifi.