Parrot won’t detect any of the USB devices I plug in.
Tried all devices in my friend’s laptop (Windows OS) and they worked fine.

I don’t think all of my USB ports are dead. Has this happened to anyone else?

Any help is appreciated (very noob and new to linux).

It is not configured to multiboot with other systems.

try
lsusb
and see if you can see it. If you arnt sure what its called just pull the mouse (or whatever) out and run the command again. They should show up in the list.

Wont solve the problem, but its a start.

After doing that I typed again lsusb and it showed Logitech, Inc. Unifying Receiver, which is my mouse - and it works!

Thank you for helping me

cleaning old kernels have nothing to do with your issue

when i use the sudo dmesg command, it still didnt solve the problem am using grub 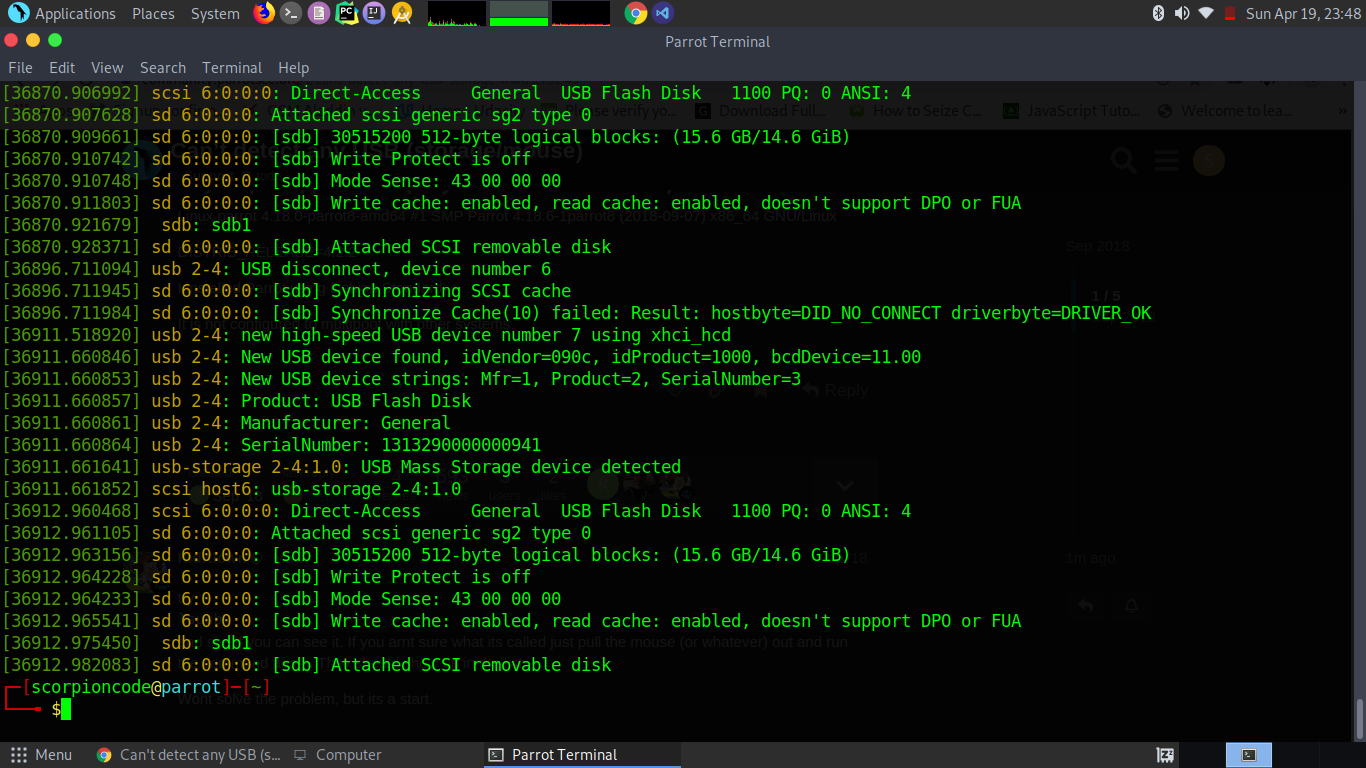