I bought a new computer a few weeks back and installed Parrot using the 4.11.3 ISO currently available on the website. I had a great deal of trouble getting the amdgpu-install driver (specifically the Ubuntu 21.50 .deb driver from AMD’s website) working properly on kernel 5.14.0-9parrot1-amd64 or any of the newer kernels. I was able to get it working without issues on kernel 5.10.0-8-amd64, which is great, but I screwed something up yesterday and had to reinstall Parrot (using the same flash drive with the same ISO I had originally used) and I am now having trouble reinstalling the 5.10.0-8-amd64 kernel.

From a fresh install, after connecting to internet, if I use “apt search linux-image”, the kernel and headers I want are listed. If I try to install either, I get errors stating that the command “Failed to fetch (link to headers or image) 404 Not Found [IP: (ip addresses)]”. Clicking the links to try to download the files manually also results in 404 errors. A message in the terminal also indicates that I can try running “apt-get update --fix-missing”, though when I do this it clears all of the listed kernels and only shows the currently installed 5.14.0-9parrot1-amd64 and linux-image-amd64. If I try to install linux-image-amd64 I get a message stating that it “Depends: linux-image-5.10.0-12-amd64 but it is not installable”.

Is there a way to install kernel 5.10.0-8-amd64 that I’m just missing? To my knowledge I’m doing everything exactly the same as when I first got it installed and working just about 2 weeks ago. Any help would be greatly appreciated.

“apt search linux-image” from fresh install. The headers are shown here, the image is further down in the output 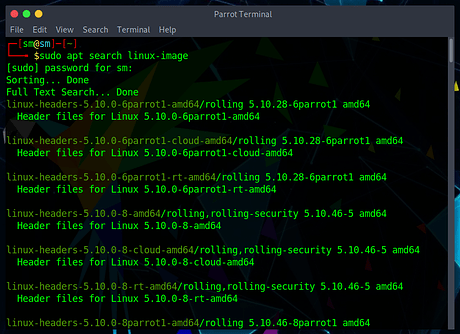 Trying to install the headers and image 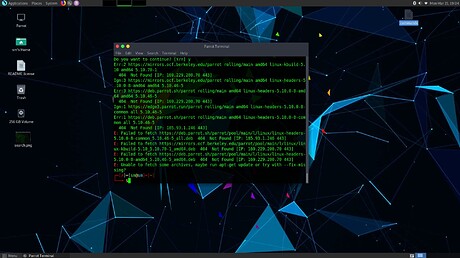 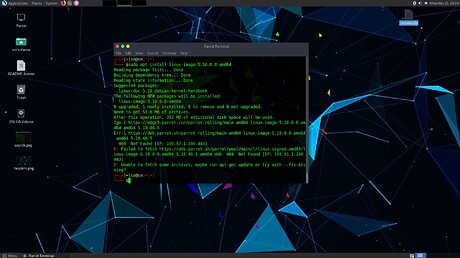 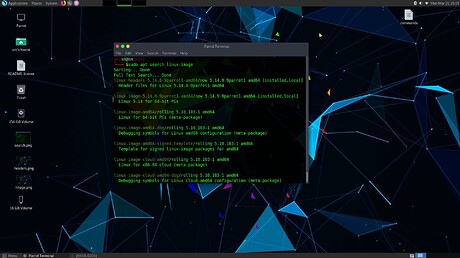