explain the uses of cantor, kalgebra and labplot How do they integrate with each other? If possible tell me their alternatives in the data science world eg tableau. Thank you.

I use SageMath and it’s a tightly integrated CAS that’s available on Parrot. It’s popularity rivals proprietary systems like Mathematica, Maple, MatLab, and MathCAD. It integrates most Linux opensource math-based packages and offers a web-based interface.

SageMath (previously Sage or SAGE, "System for Algebra and Geometry Experimentation") is a computer algebra system (CAS) with features covering many aspects of mathematics, including algebra, combinatorics, graph theory, numerical analysis, number theory, calculus and statistics. The first version of SageMath was released on 24 February 2005 as free and open-source software under the terms of the GNU General Public License version 2, with the initial goals of creating an "open source alternative...

SageMath is a free and open-source mathematical software system. 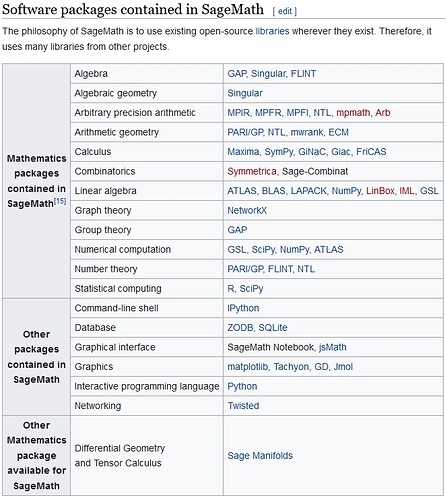 What about data visualization. Is it capable of that

It pretty much covers all the 2D and 3D data visualization bases, including animation. Either generate the data or import it from numerous sources. Among other math-based programming languages, you can use Python and R.

SageMath is a free and open-source mathematical software system.