I’ve just installed lated Parrot OS . Now issue is I’ve some logins from my old Firefox version . I’ve enabled the said option as per firefox support page to import login. But it seems in firefox esr 78.x version have some bugs . I’m unable to upgrade esr version as well.

I want to upgrade firefox esr to latest , but it does not allow me to do.

we had mainline firefox before, but it was made unavailable for debian stable (and testing), so we had to remove firefox amd replace it with firefox-esr instead, which is the stable and LTS version of firefox You can install latest version firefox from snap

Why the default browser is firefox instead of others? such as brave? why the decision? 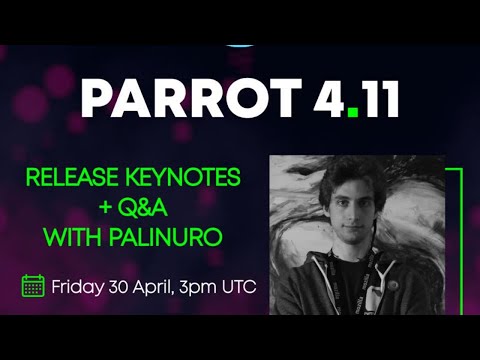 How it is firefox more secure than brave? brave was developed by the creator of firefox, also it comes with Inbuilt Ad-Blocker and asset for privacy

if you heard, then firefox delivery is with customization 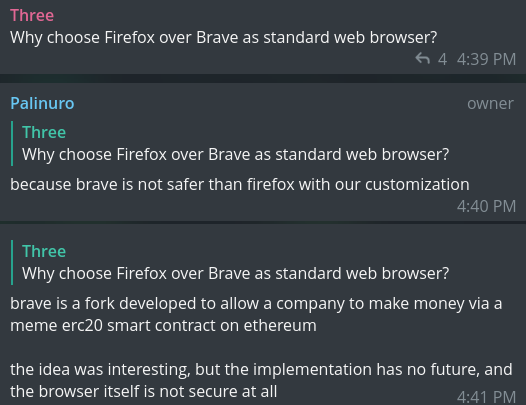 Thanks you for your reply, but what would be ‘our’ customization? just ESR or something else? It didn’t come with any plug ins installated

just ESR or something else?