Briefly describe your issue below:
I installed parrot os on my hard disk. There is one partition. The previous installed windows has been overwritten. I choos that the system is encrypted.

When the system boots from hard disk the following appears:

Then the prompt “grub rescue” appears. In forum dealing with similar issues it was recommended to use the command “ls”. The output is as follows:
(hd0)

How can I make the system boot from hard disk? Thank you!

What version of Parrot are you running? (include version (e.g. 4.6), edition(e.g. Home//KDE/OVA, etc.), and architecture (currently we only support amd64)

What method did you use to install Parrot? (Debian Standard / Debian GTK / parrot-experimental)
Not sure but I always used default setting that is why I suppose Debian Standard

Configured to multiboot with other systems? (yes / no)
NO

did this problem just appear? Has it booted up successfully at all after setting up luks? (was this directly after install or did you have a working boot?)

Make sure you have the correct UUID in your /etc/fstab

Thank you for your answer!

I have now also tried with an alteration of /etc/fstab. I entered the correct UUIB. Did not work either.

I was thinking that the cause could be the old Computer/BIOS (from 2008). But I have also tried the following: It was possible to install Ubunto with the entire disk being encrypted. Any Ideas why it does not work with Parrot OS? Thanks!

May be easier for you to just reinstall since it is recent install.

Choose Legacy if you have the option in BIOS. Do not use the Live Mode installer program- instead choose the “Install” option boot menu- it is more reliable and some computers will handle it differently: 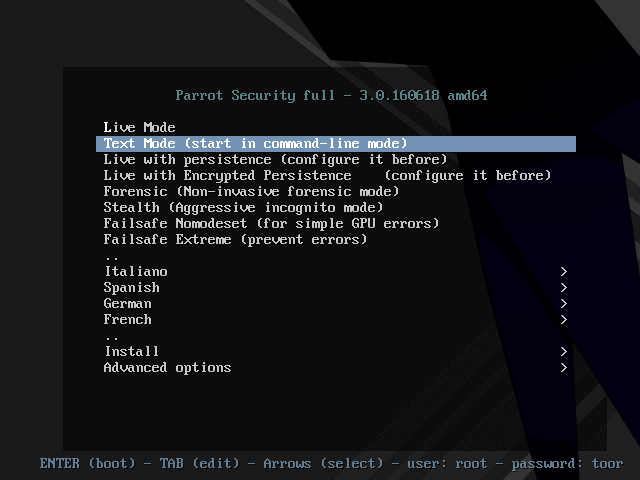 when given opportunity select: encrypted disk, “use entire disk”. Let Parrot Installer do the partitioning.