This is an issue that makes me think… A few days ago, I discovered that I had an unexplained stream of data into my computer. At the same time, my CPU and RAM went overloaded. What is more I found that an equivalent amount of space, about 1.6 GiB is missing in the hard drive. Now even more space has vanished. I have tried to search recently changed files but found nothing. This was after I reinstalled I2P (with apt-get), a coincidence? I have experienced this before, in the days when I still used used Windows. Then I realized that it was malware that stored some kind of information on my drive. I thought I would be spared of such things with Parrot, but I have found no other explanation. Any ideas about this?

Tell us more about your system setup/problem. What kind of ‘unexplained stream of data’ are we talking about? Do you understand the I2P concepts in depth? If not, could this explain unexplained streams of data? Any screenshots to share what you are experiencing? Any saved packets?

Before you jump to conclusions I should also mention hard drive manufacturers advertise space differently. For example 1 terabyte on some drives will says it only has 931.4 gigabytes space total.

Could this relate to “missing space”? You haven’t given us much to go on. 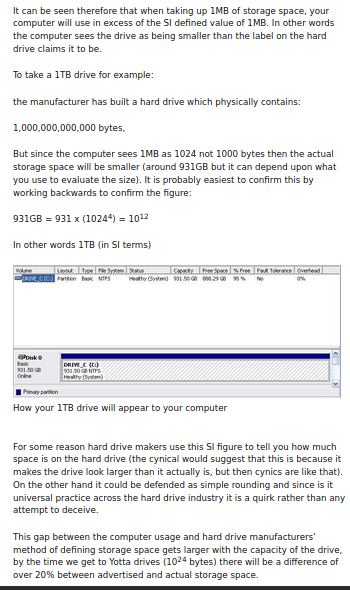 Yes, I think I understand it. And yes, I have thought of that as an explanation, but I don´t recall that I2P would SAVE any data on my hard drive. And when I say it has diminished, I mean it has done so compared to what it said before. By the way yes, they usually lie about that and it sucks.

Anything to be concerned about?

And then there is another issue which may be related. I read that Parrot MATE should only use 256-320 MB of RAM memory when idle, but for me it uses almost 1000. Could this be related to any physical problem with my hardware (I don´t think so), or does it suggest that something is in there that should not?

I2p is going to use a lot more memory/streams/space of data to proxify than a standard install of Parrot, plus any browsers you may have open. Along with anything else you installed. Not to mention Parrot Home will run on a diff amount of ram than Parrot Security. Each has a different make up of applications running in background.

Gather some evidence for your suspicions and we can have a look (logs, screenshots showing processes, forensics etc). I really can’t entertain this thread without actual evidence. You haven’t given us much info TBH. Thanks

Speaking of RAM, When i bootup my device, it uses 900-1000 gigs just because I use a robust firewall filtering module & an IDS. The incident occurring with your system is suspicious. If you want to skip the part of capturing data packets and analyzing where your data-stream is coming from or where is it heading out, or what is consuming so much space, I would suggest this:

This should give you an estimation about if its the issue with parrot or your device was compromised or you are misunderstanding something or you may have mistakenly downloaded something that was not supposed to be there in the first place.

You could do what @RightToPrivacy said about collecting packets and logs and capturing paths and hops and system forensics but since Im not aware of the level of knowledge you posses, I suggested a simple. easy and effective mathod that would work just fine

Let us know how it goes!
Cheers!