Briefly describe your issue below:
Downloaded v4.6 from the parrotsec website, the VM version of parrotsec, and can get it loaded into virtual box but when I load it up it crashes with the message that says failed to send host message. Then shortly after a parrot logo will load up and sit there endlessly. If i press any keys the screen will go black and show tons of “such and such” failed messages.

What version of Parrot are you running? (include version (e.g. 4.6), edition(e.g. Home//KDE/OVA, etc.), and architecture (currently we only support amd64)
Parrot Security 4.6 for virtual machines

What method did you use to install Parrot? (Debian Standard / Debian GTK / parrot-experimental)

Configured to multiboot with other systems? (yes / no) 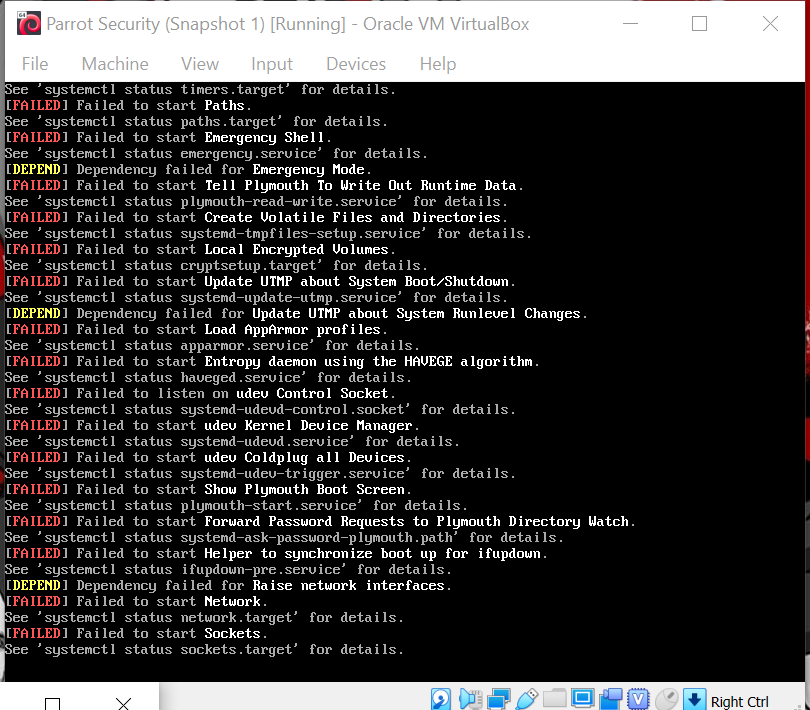 Yes sir it is, its running under linux and debian 64