Looking for suggestions for a good IDE

I am looking for a solid open source IDE for working on python & ruby projects that is also extensible to support other languages, preferably something that lets me easily refactor code.

Something a bit more robust than Gedit, Geany, and the basic editor…

Pros & Cons, Suggestions are all welcome.

atom is probably the best, it is preinstalled on Parrot Security.

I have been using PyCharm for Python work and kind of prefer it over atom…though I honestly have not played with it much to see really how it can be tweaked.

I didnt want to mention JetBrains’s IDEs, because as i know, they are not open-source.
The JetBrains’s IDEs is the most advanced IDE, i used it lot for Java ( IntelliJ ) and Python ( PyCharm )
They are very heavy, but it can help a lot for developers, just need to be familiar with it.

hi, i will five my personal answer here.
Please, facts apart, consider it as my own opinion taken from my experience.

atom and the advanced editors

simple editors like pluma or geany are not enough forntrue development, but advanced ones, like atom, are very very powerful and extensible, they can refactor code, run linters, provide intellisense completion, and they want to be a unique small tool to rule all the languages at once.
please give atom a try if you want to take this path.

IDEs are more language-centric, and they don’t pretend to be the killer application for every language, but they tend to do one thing and do it well in a classical but complete approach.

jetbrains products are open source and released under the MIT license, and they release precompiled binaries for intellij idea (mainly java) and pycharm community (mainly python) for free.

additionally jetbrains releases more advanced versions of both idea and pycharm, plus other specific IDEs for c/cpp (clion), ruby (rubymine), php (phpstorm), web languages (webstorm) and some others.
these additional tools are based on the open source intellij core but include some additional proprietary plugins to blend them into different products.

the free editions of intellij and pycharm can be extended via free plugins to support additional languages for free, and they are not limited to java and python.

they also offer free licenses for open source developers, in facr all the parrot developers have access to a free jetbrains license that unlocks ALL their products.

p.s.
you can review the source code of all the jetbrains products (including paid ones iirc) on their github profile.

netbeans is an awesome IDE for java and its previous version developed by oracle was really really powerful, but suffered the limit of being shaped around java 8, which is now EOL (end of life) and no longer available on many modern rolling release distributions (including parrot).

the future of netbeans is very promising, in fact it was dropped by oracle and adopted by the apache foundation, and the new apache netbeans 9 release removes the java 8 limit.

i tried it for 30 minutes and i saw a severe lack of plugins and language support for this new release, and i don’t know if it was my error or if the project is still migrating the old plugins to the new version.
i was unable tp install a dark theme and python support, but as i said, it was just a 30min test

unfortunately it only supports c, cpp, qt dialects and qml, then no python, ruby, java or php support.

my best suggestion for you is to get familiar with atom.

it is free, multiplatform, extensible and with a huge list of supported languages.

if i remember correctly, facebook extended it with a set of plugins to turn it into a full fledged IDE

thanks for the input palinuro!

I started to play with atom a bit (maybe 30 min) i will take a closer look again.

I looked at netbeans and the pugins for the new version 9 was limited at best…maybe in 6 months it might start to be something.

So far I guess I will stick with PyCharm for my python work and keep playing with Atom and see how that goes for ruby while keeping an eye out for what else might surface. PHP & Java can be done on about anything so nothing pressing there.

Thanks to all for the feedback!

feel free to necro-post here in case of updates

I know it’s made by Microsoft, but I am a big fan of Visual Studio Code -the open source version - not to be confused with regular Visual Studio. It’s similar in name only- under the hood it’s completely different and is Electron based, like Atom .

It’s very extensible, works with tons of languages, has good Linux support, and has a huge developer community.

Thanks for the input koyj -

I am an old user of Visual Studio back when I was part of MS TechNet & Beta Test Groups and frankly the only way I would put another MS product on a computer I owned would be in a VM behind a specific firewall…the “telemetry” going on behind the scenes is beyond what I find acceptable…even if you disable all the visible switches (talk about a ghost in the machine).

While Visual Studio Code is not the same product as the old Visual Studio, personally I am extremely suspect of anything with the MS label on it.

"It’s not paranoia if they really are out to get into your business!"

Geany, it’s preinstalled, it works a lot better on Parrot then any other OS. And I prefer it over every other IDE for Parrot.
I personally use it for C++, Python and other languages

when you download vscode from the vscode website you are getting visual studio code instead. the only way to use vscode is to download the source code from github and compile it by yourself. since then you are just using a proprietary software with an MIT core plus microsoft telemetry plugins

this is one way to use it without Microsoft “additions” 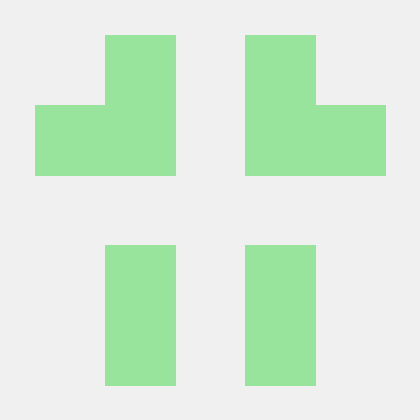 Whats your favorite programming language to use and why?(when you have the choice)? Thanks for that jetbrains license tip! I wasnt aware!