trying to install parrot 4.4 and continuously getting a soft lockup. Have tried installer, gtk installer and also tried to run live including the failsafe options.

first image is trying to install and run live 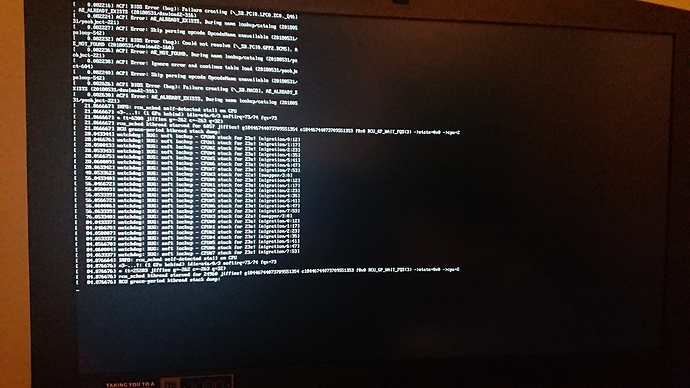 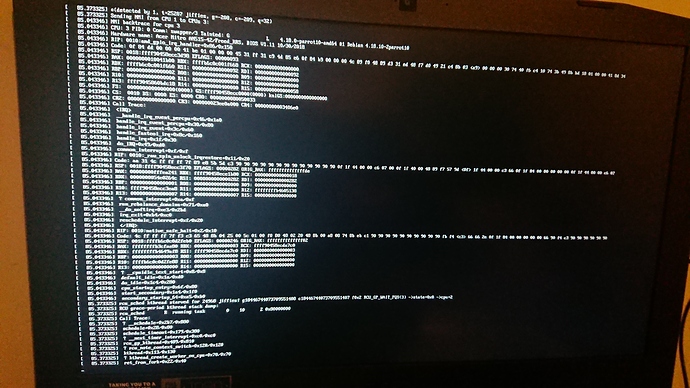 It seems there is something with the cpu drivers and drivers typically have less or less staabblee support due to Intel being more common did you search your cpu and Debian compatability? I do only Intel so I know nothing about amd

After extensive research on the net for compatability issues relating to my cpu, it returned a little lacking. After constantly going over the 2 images i managed to snag (mostly the second) i got to looking at the interrupt request to see if that was the problem. I have so far now managed to live boot parrot 4.4 by taking out splash and quiet and replacing with “noapic” in grub. Will update when i find out more.

You followed the ahci=off details too? What did you change in your BIOS?

On this laptop, bios options are fairly limited to things like advanced or basic touchpad, UEFI setting which coincidentally is just that option lol so i didnt really change much other than the touchpad one to basic as linux doesnt really like advanced. I followed the few (about 2 or 3 leads) leads which recommended to try idle=nomwait and the good old nomodeset (which actually worked on 4.1) but none worked this time around. Looking at all the irq lines in the second picture i got to googling again which brought me to a linux mint 19 release note site which recommended “noapic noacpi nosplash irqpoll” in grub. I tried the whole line at first with success to which i broke it down to the apic being the issue. i have just successfully installed parrot using grub edit and adding noapic. upon installation trying to boot without said command still yields the soft lockup loop, with the command boots straight up.

UPDATE:
I forgot to mention this is a dual boot with windows 10.

Have you looked for an acer BIOS update (try to be very familiar with the process before executing as it can brick your PC if not done correctly as OEM suggests)?

Yup, there were 4 bios updates which i patched incrementally as to avoid bricking and whatnot, It was the same all around. With that setting though the laptop has been going solid for a day now without issues, touch wood it will continue that way.