VPS Services which would you recommend?

I want to take a look into cheep VPS’s and was wondering which do you prefer? Or which ones will allow ParrotOS to be installed or might even have them to rent online, like at :: https://onehostcloud.hosting/parrot-security-vps-hosting/ ------ This one on this site, its 4.5.1 which is almost 1 year old now but ill give it a chance, unless someone says otherwise, only because I think 4.5.1 is my favorite Desktop that Parrot ever had for Mate Window Manager/Desktop manager…

Yea any advice would be nice…
Thanks 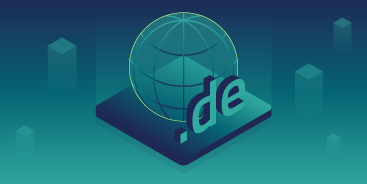 Thank you Buddy those look very affordable for what you get. I’m going to grab one to try for a month

what about privacy oriented ones or at least something in which you can reasonably trust? I Know this:
https://njal.la/
Do you know anything else?

That’s one affordable VPS right there! Thanks for the share @rowie

I know right? I just got them to authorize me however I havent bought a service package yet

also give linode, vultr and digitalocean a try. they don’t have native parrot images, but if you install a generic operating system, put docker on it and use the official parrot containers for docker.

i very like them as providers because they offer multiple datacenter choices all around the world, and you can spawn instances instantly even for few hours without paying the whole month

moreover you can control your profile via API and make scripts to automatically spawn, destroy, migrate or edit resources

the parrot cdn used digitalocean in the past and now is on linode, but i use all the 3 providers for other personal projects, and i use parrot via docker when possible

i’ve never heard of https://onehostcloud.hosting/parrot-security-vps-hosting/ before, but i really like the service.

could anyone please try it and give some feedback?

I can Confirm netcup VPS the 4Core 16GB DDR4 60Gig SSD for 17Euros a month is well worth it once you build it. The Admin controls are terrible and every other person I got for Support would only speak to me in German so I had to translate allot. But once I push the gpg signing keys and added Parrot sources to its Debian Repos its a very solid headless. Now im getting into hardening services and customizing its operation of how I like to roll. Ive done a ton of pentesting to other remote locations and they haven’t said anything. Which I was expecting either a ban or questioning me why I’m Pentesting in ti at all. what I would do is wait 5 days before doing all that. Build them ahead of time with 8, 9, or Buster on there and it took max 5 minutes to add the gpp key server and modify sources AND update it installing all the penetration tools. I even gave them a 5 stars review online which isnt something I ever do for anyone really, but they always returned support tickets within 10 minutes and I messed up buying it twice before I got the payment to work. Netcup.de even has Arch and Gentoo for Options plus types of Linux Ive never heard of but its prob a European name of somthing I know. they have Ubuntu 16.04 and 18.04 plus CentOS (i never mess with these) and I think Fedora or Opensuse (again I dont mess with these) but Arch and Gentoo I think are uncommon for VPS selections. Ive been using Arch allot as a main OS and Gentoo is something I must learn more about so both look appealing. Ive been gaming on Anarchy which I really liek the simple installer (blackarch shoudl have done something more like this) and I add the Archstrike security layer over Anarchy and install my tools. I just cant get any other Linux except Arch to reliably play steam Games and Debian testing dosent have it in its reposThe ftp server they give you I couldnt figure out how to use it but you can make or upload any .qcow2 or raw image over ftp and it will auto install moments after its finished receiving the file. So I think now I will just keep this VPS as my main Parrot Pentest Box. you get so much RAM and the 4Core Intel is a $900-$1500 depening on the Market these days LOL
Intel® Xeon®
Gold 6140 / 6230
16 GB DDR4 RAM (ECC)
4 dedicated cores
60 GB SSD / 480 GB SAS (i grabbed the SSD)
this is now on sale for 3 euros less, however for a cheep solution 5.49 or 9.49 Euros a month can still get you a vServer thats better then my PC im on right now at at least as good, and they take Debit/Credit cards and Paypal which you can setup with Google or Samsung Pay. And one time they spun up my Purchase before I paid for it so for 3 weeks I could have just had a amazing and free remote server if I new what I had to do ahead of tiem and had planed a pen-test in advance.

Im learning docker more, I wish I had more of a programmers background its all Communications and Adnimistrations. I just cant find time to learn a Programing language Enough to be able to say I can proggram. But I will look into that Linode, they have specials all the time for $100 credit I think it is. I like the Idea of datacenters at dif locations. Do you just put Debian on it and install from Busters Repos for Docker? Ive have been looking at https://onehostcloud but it says Parrot 3.7 or somthign old. does that still work? I thought Parrot.4.5 didnt work right anymore. 4.5 the second version was my favorite version of Mate Desktop for Parrot. Before Plasma Was so reliable and Streamlined. Ive been making a hybrid DE for Parrot cause if you dig through the versions in the beta downloads you can get the working pipes for other DE’s like cinnamon and xfce which I think is funny but a good funny cause I dont have to knowledge to make my own scripts but I know enough of general programming where I can hack up a bunch of random scripts and make output that does what I need. I just cant write code from scratch.