I’ve found that many issues I might have using Hashcat are resolved using sudo. Anyway that may be not your case because looks like no hardware is detected. What hardware are you working with?

please post in the appropriate Support category rather than the Community general page; be sure to fill out the provided info chart given by default as well or you may not have enough information for anyone to respond

I cleaned the other post for you, thank you for getting that corrected, I still don’t have the table with the version number etc. though so next time just don’t delete it but fill in the fields and just leave it at the bottom. did you make sure you had all of the nvidia packages installed? A good place to see it is synaptic. if you could post your lspci grep vga output that may answer the issue as well.

I had to install nvidia-cuda-toolkit and clinfo, then i was able to use hashcat.

nvidia-cuda-toolkit totals over 2G of packages… I dont know if all those packages are needed, so it might be overkill.

Currently NVIDIA optimus in Debian isn't supported well.Here a tutorial about how to install debian nvidia optimus drivers and bumblebee. 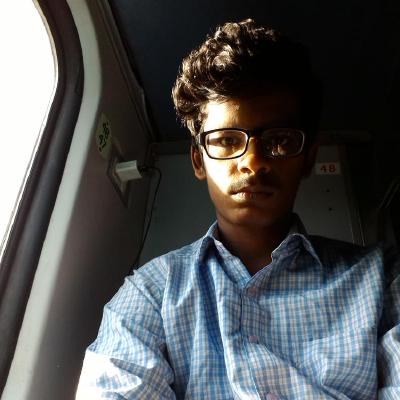 just to be sure what is the gpu you are trying this on?

Just got it working again on another machine, with a different card using: Hashcat Can't Find GPU

Installing nvidia-cuda-toolkit and restarting the computer doesn’t work for me. Opening hashcat still produces “No devices found/left.” Any other ideas? (Using a GTX1080Ti)

I still had to run clinfo afterwards.

I ran clinfo and it shows everything, but running “hashcat -I” after that still says “No devices found/left.”

You could create your own thread and we can have a go at fixing it. Although im not sure why it wouldnt be working.

Hey, have you setup your gpu properly: installed the drivers ? installed bumblebee +primus since you have 2 gpu ?
If you have done all that, to run hashcat with your nvidia you have to run this:

if it doesnt work (like me) you have to run it with sudo (i dont like this solution but i didnt find any other):

I found installing the nvidia driver per this page https://docs.kali.org/general-use/install-nvidia-drivers-on-kali-linux works well for me

Dont follow kali tuto (or ubuntu tuto) for parrot, even though they are all debian based, a lot of thing make them different. We have an nvidia tuto here on the forum:

Hey everyone, this tuto has for purpose to show you how to install the Nvidia driver on your system. This tutorial is mainly for those that have two GPUs (so mostly laptop), which are the Intel integrated GPU (Low power consumption) and the Nvidia GPU (high power consumption). The first thing you want to do is to know whether you prefer to use the nouveau open sourced driver or the nvidia proprietary driver. Make your own research to know the one you prefer and that fit best your needs. For those that choosed the nouveau driver follow the part 1 of this guide, for the others lets go in part 2. Part 1: Nouveau Since the nouveau driver is already integrated to the kernel, there is only one thing to do: Install bumblebee and primus: sudo apt update && sudo apt install bumblebee primus To start a programm using the nvidia gpu do this: optirun yourprogram And you are done with the install ! To test if the install is successful run this: optirun glxgears You might need to reboot to make it work. Part 2: Nvidia-driver For those that choosed the proprietary nvidia driver, two extra step are needed. The first thing to do is to blacklist the nouveau driver, in order to do that, you have to create this file: sudo nano /etc/modprobe.d/blacklist-nouveau.conf And write this in the file: blacklist nouveau blacklist lbm-nouveau options nouveau modeset=0 alias nouveau off alias lbm-nouveau off When you are done do Ctrl+X and save it. Then you have to run this to make the changes: sudo update-initramfs -u Then reboot. Now you can install the nvidia driver: sudo apt update && sudo apt install nvidia-driver You can install bumblebee and primus: sudo apt install bumblebee-nvidia primus To run a program using the nvidia gpu, use optirun: optirun yourprogram To test your config, you can run this: optirun glxgears A reboot might be needed to make bumblebee work. And there you are done ! You can contact me for troubleshooting or go on the wiki page of the Bumblebee project:

since im poor and stupid and only turn left. i got " budget cards" first build and it takes me 3 tries to plug in a usb. point is are they legit? i got what i paid for. showed up but never worked now getting replacing one a pay day. the rig looked sweet had to make work. real ones no probs. execpt allhambros got i doubt real 2080 ti’s for $2 bucks each lol. but i live in an ev in atllantic city live live off mining scraps i take to craps. wtf ill roll the dice for 12 bucks . again be sure cards r real. with other topics