Please complete our guideline for issue report or idea suggestion

If you are having an issue, please follow this

There are many kinds of issues: OS, software, server, … So you must know:

Or if you can’t do it, please tell us ISO version you downloaded.

2. If you have this problem after fresh installation:

4. How did you get this error? Are there any steps to procedure it? 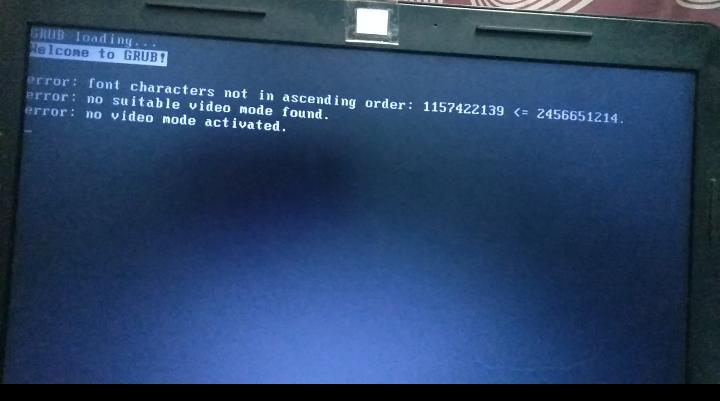 6. If you have any idea or suggestion about this issue please tell us

If you are having suggestion for our OS, please write it bellow

2. Its section and how it affects our system

3. Any other information about this idea

You did the upgrade wrong and it crashed your system. The correct way to do is sudo parrot-upgrade.

Bullshit. who gave you that idea?

i liked your comment about sudo parrot-upgrade? why come off so offensive? i did nothng wrong

@dmknght is a hard working developer of Parrot and I believe the only Parrot developer that assists users on this community.

No need to delete your account here. We all make mistakes.

Sorry you took offense to Nông’s Bullshit comment. It was probably nothing personal, just upset at wrong info being posted.

i do deeply apologize for that and i was honestly trying to state what he told me i have a fully configured system and i wish to better help in the future ill still be here im sorry. i’ve been working hard on my own projects and getting stressed i do apologize though

Okay,
I will try again with parrot-upgrade

i hope this works sorry for the confusion

Hey guys,
I did small changes after a lot research and Grub error gone away, don’t know what solved it.
I solved that libreadline8 error by reinstalling this package using gdebi and upgrading dpkg.
I also solved the kernel issue in which 5.9.0-2 kernel was rebooting continuously
So all i did was reinstalling linux-image-5.9.0-2parrot1 and linux headers and reboot and it got fixed

But the last issue remains same, i can access the tty but not GUI,
I found some errors from startx and lightdm.service

startx is saying unable to connext X server: connection refused
and lightdm is not starting

GUI is not opening, the cursor keeps blinking non-stop, I tried installing gnome-session but no luck.
How to solve it?

hey how did you update? which commands were used?(:

update? which commands were used?(:

And what happened after you did sudo parrot-upgrade?

What did you use to burn the iso image on? And what tool was used?

It is not a fresh OS, I am using it since July 2019, nothing changed after upgrading.

try to do a fresh install

did you back up your system to a flash drive before you went playing with stuff?

The thing is, I don’t prefer to reinstall OS since because we don’t have a solution, I would like to troubleshoot it. No matter how much time it takes. I will solve it.
It would be a great help if you can share a solution.

you used apt-get before my command so you may have broken your system pretty badly. i would honestly recommend a fresh install or go to a previous back up. you have to always back up your system

apt-get is a big NO! i get it we’ve all messed up i did it once switching here. i use to use Ubuntu so i was use to doing things a little differently and this is why i back up my systems. i learned how apt-get is bad on parrot because i used the command in a virtualbox and saw what it actually did. if you still haven’t fixed it by now id just do a fresh install in my honest opinion

Cool, I will try every possible way. I will update you if I caught something.
thank you @Daxter94X