I suspect this is harware specific. But with that in mind, I’ve reformated 6 times in the last 4 days.(running from live usb now). Out of those, only the last one finished sudo parrot-upgrade without locking up my computer (maxed out 8gb ram and I7 processor) I finally got some logs which I wll post below. I only download from the defauld package manager upgrades from http://deb.parrotsec.org/parrot/. Before upgrade, all was well, after upgrad:

Here are the errrors I pulled from the terminal log:
https://pastebin.com/frebZYnA

Here is the whole log if anyone needs
https://pastebin.com/s7UVpEPE 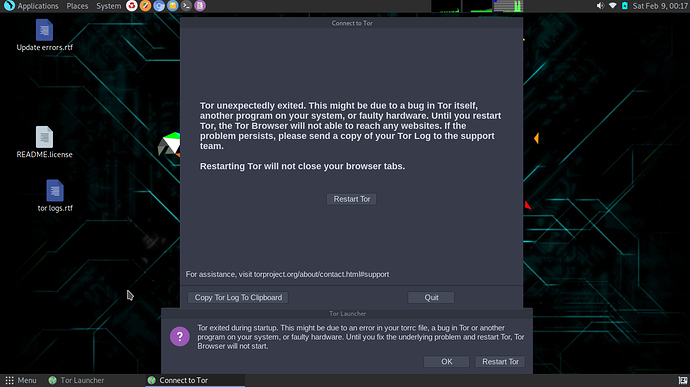 Various other programs won’t run, like Avahi-dameon, cups-browsed. I’m sure there are more, but this is as far as i have gotten. I can still run on 4.5.1, as long as I don’t upgrade, but I don’t know if I can figure this one out.

What method did you use to install Parrot? (I usually use GTX, But I used Debian Standard on the last one, It was the one that finished updatingl)

Configured to multiboot with other systems? (no)

The only thing I would add, is that on a newly reinstalled 4.5.1, before any updates, I have no networking, Internet, yes, but no avahi, no cups, no printer. Also I am sending netbios packets, which I have never seen on this OS.

Well, I’ve tried everything I could think of, and everything thats been suggested (that I could figure out). I even went back to 4.4 and upgraded. Its actually working better than installing 4.5.1, but still has problems. I guess I will just run 4.4 for a while, maybe try 4.6 when it comes out.

I always use etcher for burning iso to the usb. I have used others, but the etcher seems to work the best. Since I have been trying to get 4.5 to work, I have not made any modificaations. I install the system from the usb, using GTX installer. Reboot. At this point, I have internet but no tor, no local communication, (avahi, cups-browsed, etc). From there I simply hit the upgrade button. I have tried several other ways, using synaptics I tried installing the new apt upgrade first, nothing seems to work.

What has been working best for me in the past, is I open synaptic and install libgtk3-perl, That stops me from getting debconfig erors. Then I install libatk-adaptor. That keeps me from getting ‘Gtk-Message: Failed to load module “atk-bridge”’, both in terminal, when starting programs like tor. Then I just reload the package manager, mark all upgrades and apply. When I use the terminal, I use parrot-upgrade. The logs above were generated by this. Newly installed 4.5.1, after reboot, I run sudo parrot-upgrade, and there it is. like I said, that was the closest to a functional 4,5 I’ve had so far. I’ve tried it many other ways, which I think I have already described.

dist-upgrade the system and retry, i have recently fixed it