TOPAZ not supported in kf

Briefly describe your issue below:
Let me say that I’m novice on linux but have some general idea. So after installing parrot os by usb stick through etcher, as the installation went smooth no error (although there was this "[[[[[… " Somewhat error which came for a sec after booting usb). After successful installation when I booted my laptop it started showing this error : "kdf : TOPAZ not supported in kf " And then "[[[… " As showed in the picture. 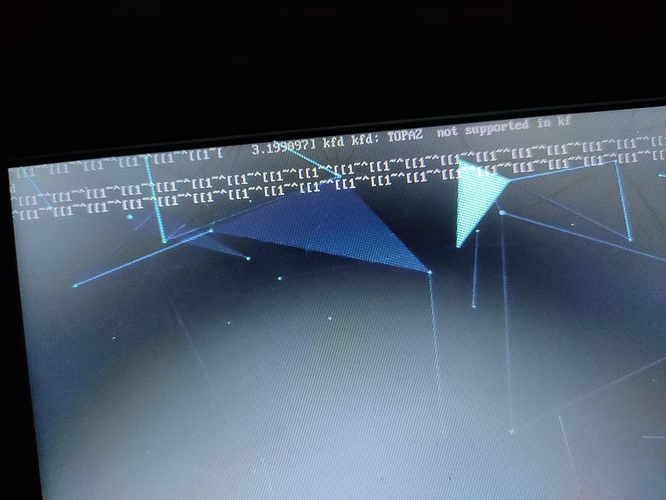 Also most important thing this same thing also happened with installation in kali linux! Also to mention I have previously used ubuntu and linux mint but there was not a single problem.

Is secure boot turned off?